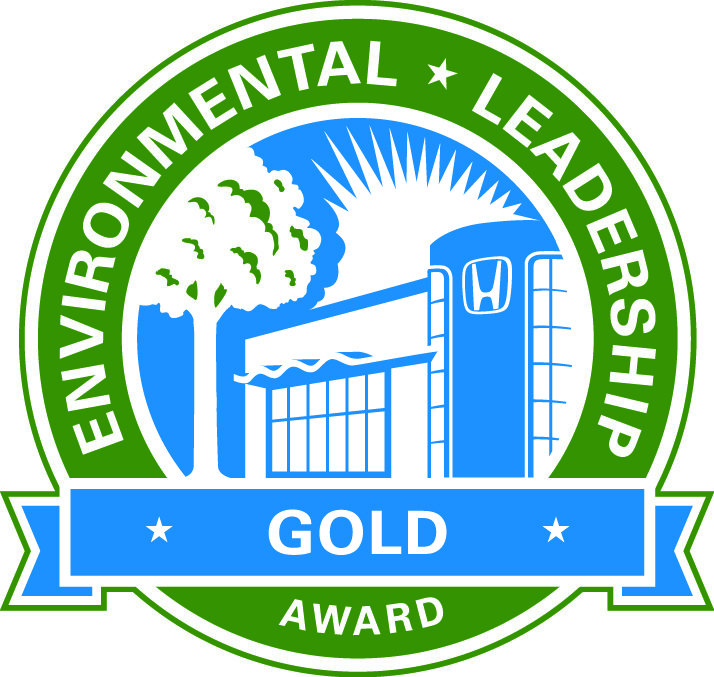 10% reduction in energy use, conservation of water, and recycling at core of “green dealer” effort

Walsh Honda has earned the Honda Environmental Leadership Award and has been recognized by American Honda Motor Co. Inc., as a leader in the company’s effort to reduce the environmental impact of Honda dealerships in communities around the nation.

Walsh Honda earned the award for achieving specific environmental targets based on a rigorous points system that includes reducing total energy use at the dealership by at least 10 percent.

“We’re extremely proud to be part of Honda’s global effort to help preserve and protect the environment,” said David Komaee. “Our customers already benefit from owning a fuel-efficient Honda vehicle, but now they have the extra piece of mind, knowing that they’re doing business with a local Honda dealer that is committed to reducing its environmental impact in the community.”

Walsh Honda has taken numerous steps to reduce its environmental impact and to earn the Honda Environmental Leadership Award.

Honda introduced its new voluntary “green dealer” program to its U.S. dealers in the fall of 2011. The company uses a third party evaluator to conduct environmental audits of participating dealers and recommend strategies for reducing their energy use.

Over the past three decades, Honda has been working to reduce the environmental impact of its products, manufacturing and logistics operations, and facilities in North America. These initiatives are reported annually in the company’s North American Environmental Report. Expanding its environmental initiatives to its dealer body is the logical next step in the company’s effort to reduce waste, energy use and CO2 emissions across the full spectrum of its operations and throughout the lifecycle of Honda products, including at the point of sale.

Walsh Honda has taken numerous steps to reduce its environmental impact and to earn the Honda Environmental Leadership Award.

Based on its vision of "Blue Skies for our Children," Honda is working to advance technologies that address society's environmental and energy concerns. Honda is targeting a 50 percent reduction in its total company CO2 emissions on a global basis by 2050, compared to 2000 levels. The company also is striving to realize significant growth in sales of electrified vehicle which includes the introduction of the Honda Clarity series of vehicles, beginning with the hydrogen-powered Clarity Fuel Cell vehicle, launched in late 2016, followed by a new Clarity Electric and Clarity Plug-In Hybrid in 2017.

Honda also is endeavoring to reduce the environmental impact of its products throughout their life cycles, including the reduction of energy use and emissions from our production, distribution and sales. This includes the Environmental Leadership Award “green dealer” program, through which more than 100 U.S. Honda and Acura dealers have reduced annual CO2 emissions by more than 12,500 metric tons.